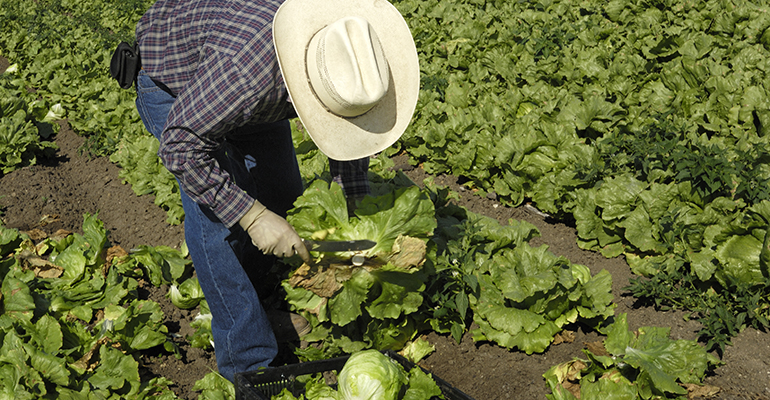 It’s too easy to not think about the farmworkers.

When it’s hot and we crave fresh, tasty fruit, we just grab it from our counter or our refrigerator and take a bite.

But this summer, with extreme heat hitting the West Coast, the Pacific Northwest and Canada, and inland as far as Utah and Colorado, we owe those farmworkers. We owe them respect for doing work that most Americans won’t. We owe them fair wages, access to healthcare and the opportunity to unionize if they choose.

And we owe them the memory of Sebastian Francisco Perez, a 38-year-old Guatemalan migrant who died June 26 at a farm in St. Paul, Oregon, after working for hours in 100 degree heat.

Agriculture and its related industries provided 10.9% of all U.S. full- and part-time jobs in 2019, according to the U.S. Department of Agriculture. About 2.6 million people—1.3% of jobs—worked on farms that year. They worked through the COVID-19 pandemic and now, they are working through the extreme weather brought on by climate change.

When the National Labor Relations Act was passed in 1935, public employees and farmworkers were excluded from its guaranteed right of collective bargaining. President John F. Kennedy provided a solution for public employees in 1962 with an executive order. However, farmworkers’ rights are still left for the states to determine.

Colorado’s Gov. Jared Polis signed into law on June 25 a bill that granted “extensive protections to farmworkers—going well beyond what bills recently passed in Washington and California,” Tina Vasquez writes for TheCounter.org.

The Farmworker Bill of Rights requires employers to pay minimum wage, which is $12.32 per hour in Colorado, and pay overtime when workers log more than 12 hours a day or 40 hours a week on the job. Employees also have the right to organize, employ collective bargaining and even to strike, Vasquez writes.

“We have an opportunity to organize a group of workers that haven’t been able to organize in Colorado. Giving workers rights and the right to organize always freaks people out, so we have to expect that,” Josette Jaramillo, Colorado president of the American Federation of Labor and Congress of Industrial Organizations (AFL-CIO), told Vasquez.

The Colorado Sun reports that the Farmworker Bill of Rights also mandates such working conditions as bathroom, meal and rest breaks; protections when outdoor temperatures rise above 80 degrees Fahrenheit; and housing requirements during public health emergencies.

Employers who provide housing and transportation also must take workers to locations where they can access financial, health and legal services at least once a week, Ty Vo writes in “Colorado agricultural workers will get expanded rights, more pay.”

Agriculture businesses must pay Washington’s minimum wage of $13.69 per hour for employees who are 16 or older; workers paid by the piece harvested are also protected by the minimum wage and overtime laws.

The extreme heat that killed Sebastian Francisco Perez in June is expected to return to the Pacific Northwest in mid-July, prompting the state governments of Oregon and Washington to issue new emergency heat rules.

In Oregon, if the heat index reaches or passes 80 degrees F, employers must allow farmworkers—and others who work outside—to rest in the shade and provide drinking water, according to the Associated Press. Additionally, employers must be sure that supervisors watch for signs of heat illness and provide 10-minute rest breaks every two hours.

Washington’s rules, however, aren’t as strict. There, employers aren’t required to provide shade or some other way for farmworkers to cool down until it’s 100 degrees F. Since employers already had to provide outdoor workers with a quart or more of drinking water per hour, the new rules add that the water must be cool.

Washington employers also were previously required to offer training regarding safety in extreme heat and to provide care for workers who show symptoms of heat-related illness, according to the AP.