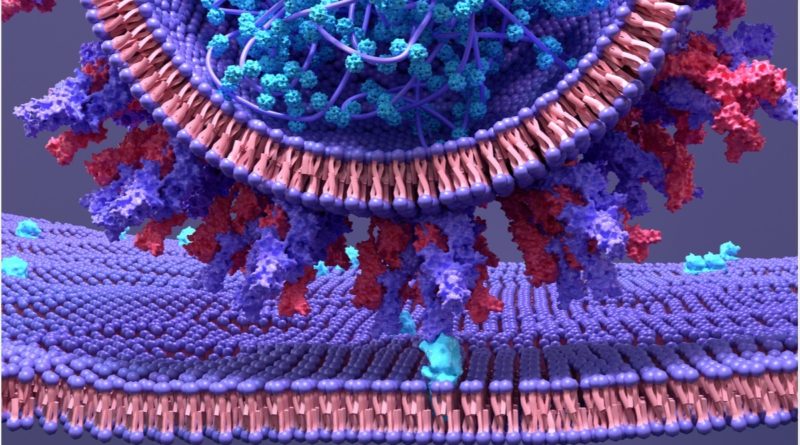 The ongoing coronavirus disease 2019 (COVID-19) pandemic has massively disrupted society at large. The global spread of the severe acute respiratory syndrome coronavirus 2 (SARS-CoV-2), the RNA virus which has caused the pandemic, has claimed more than four million lives. In the last two years, scientists have conducted extensive research on this virus, which has vastly improved our understanding of coronaviruses. Scientists believe that to prevent future outbreaks, it is important to understand the interaction between the virus and host proteins affecting the mechanism of infection and immune clearance.

One of the most important functions of the SARS-CoV-2 spike (S) protein, a structural protein, is that it facilitates the binding of the virus, through its receptor-binding domain (RBD), to the human angiotensin-converting enzyme 2 (hACE2 or ACE2) receptor on the cell surface. In short, the S protein plays an important role in virus invasion into a host cell.

In viruses, the structural proteins, like the S protein, are glycosylated. This helps pathogens to escape the host immune system, gain access to proteases, and boost cellular attachment by promoting changes in the protein structures. Several mammalian viruses use glycans, i.e., glycoproteins or glycolipids present on the host’s cell surface, as receptors. Many computational models help in predicting glycan behavior and its structural contributions. The S protein is a trimer where each monomer gets glycosylates with twenty-two N-linked glycosylation sequons, and four O-linked predicted glycosylation sites.

Several researchers have stated that glycosylation can play a role post-vaccination as well as in vaccine resistance. However, only a limited number of studies are available that deal with glycosylation on the S-ACE2 interaction. A previous study has discussed the free energy of binding between the RBD and ACE2, and the impact of protein glycosylation. Very recently, glycosylation has become a stronger focus in simulations.

A new study has been published on the bioRxiv* preprint server, which focuses on the mechanism behind the binding of SARS-CoV-2 with the host receptor, using a molecular dynamics approach. The authors of this study aim to highlight the role of glycans in initiating the interaction between S and ACE2.

These results were further validated with experimental studies. The study’s authors previously reported a fully glycosylated model for the SARS-CoV-2 RBD and ACE2 proteins with different glycosylation patterns. The present study is a continuation of the earlier study, which has further explored how glycans impact energy and duration of binding between S and ACE2.

In this study, the binding between the RBD of S protein and ACE2 receptor was studied using steered molecular dynamics, which is also known as the pulling of proteins. In total, eighteen pulling simulations were carried out. The results of the current study revealed that glycans can influence stronger and longer-ranged interactions that get prolonged owing to a catch-slip mechanism between the glycans. This mechanism involves the breaking of one hydrogen bond, and another one takes its place at a larger distance which has been clearly shown via hydrogen bonding maps provided by the researchers, involved in this study.

The team’s analysis of A1FrM8/SpFr revealed the relaxation and reformation of glycans that contributed to hydrogen bonds. Additionally, different structures of MAN8 and GnGnXF3 are also associated with the different hydrogen bond interactions between an ACE2 glycan and RBD glycan.

The researchers found that a flatter MAN8 promotes more hydrogen bonds between MAN8 and ANaF6. This results in enhanced glycan-glycan and glycan-protein interactions during pulling for A1FrM8/SpFr. Along with hydrogen bonding, the authors of the current study have also revealed that electrostatic and Lennard Jones interactions also play an important role in the binding of ACE2 and the RBD of S protein.

Significance of the study

The researchers have analyzed hydrogen bond occupancy and highlighted that the glycans have a greater role beyond resulting in secondary binding motifs. Glycans also play a key role in strengthening and extending the already existing protein-protein interactions. A catch-slip behavior between the glycans affects the binding strength, while the additional stability of glycans aid in the extension of protein-protein interactions. Future research should analyze larger fragments of the S protein, which will be crucial for a more realistic model of the stability of RBD, to address the impacts of mutations. 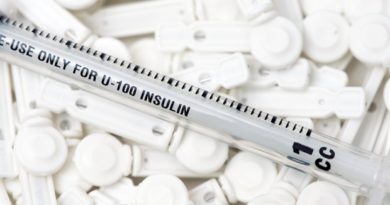 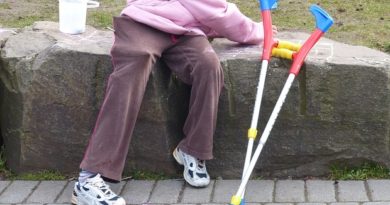 New insights on how endometriosis can impact women’s professional lives 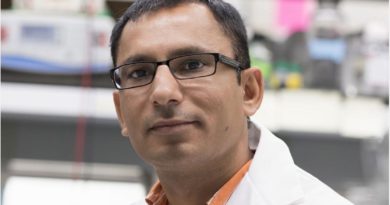