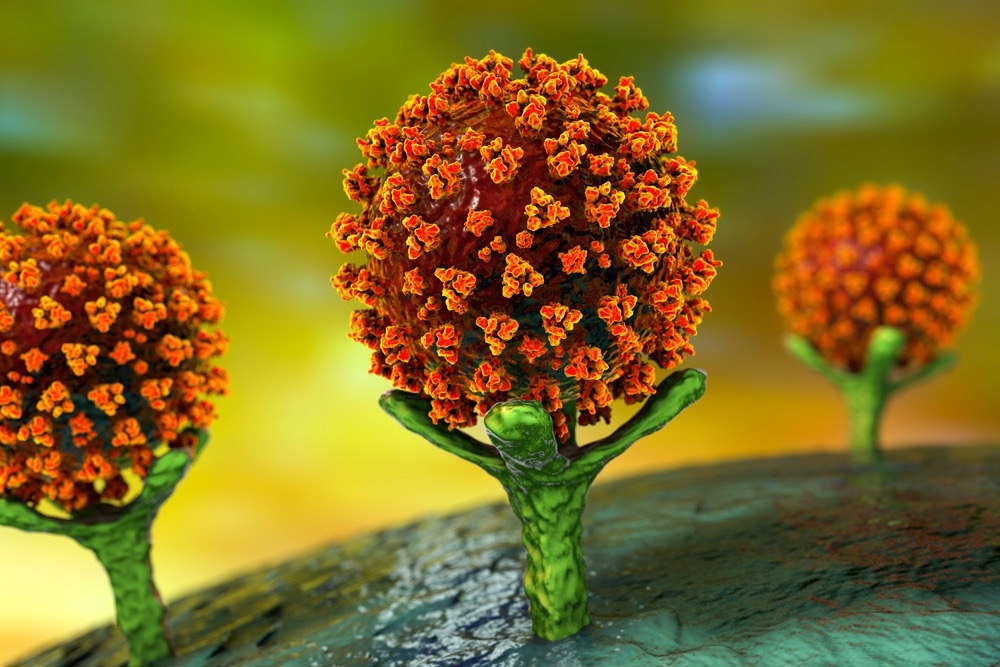 The effectiveness of therapeutic monoclonal antibodies and vaccinations that target the spike protein is now gravely threatened by SARS-CoV-2 variants such as Omicron BA.1 and Omicron BA.2. A large variety of genetically different sarbecoviruses, including the pandemic viruses SARS-CoV-2 and SARS-CoV-1, have been produced in animal populations by viral evolution over a considerably longer duration. The current efforts to develop medications in anticipation of future pandemics like the coronavirus disease 2019 (COVID-19) are complicated by the genetic variety and vast zoonotic potential of these viruses.

In the present study, researchers discussed a method of decoy-based therapy and passive protection to lessen the COVID-19 pandemic’s current threat and any future airway virus risks.

The team sought to determine whether our ACE2 decoy could neutralize newly arising SARS-CoV-2 strains. We first produced and purified the viral receptor-binding domains (RBDs), performing surface plasmon resonance binding analysis to evaluate the binding between the CoV RBDs and decoy. The team searched for an RBD binding test that would enable us to evaluate the decoy compatibility of a wide range of viral variants. A yeast display system was employed to evaluate the binding of the decoy to several RBDs.

The researchers created budding yeast that exhibits viral RBDs as fusion proteins to the yeast protein Aga2, which is coupled to the surface of cells. After incubating the RBD yeast with the CDY14HL-Fc1 fusion protein, the bound decoy was stained with a fluorescent secondary antibody to measure decoy binding using flow cytometry.

The capacity of CDY14HL to bind RBDs from a variety of coronaviruses with pandemic potential was then assessed. They found 23 sarbecoviruses isolated from bats in Asia, Africa, and Europe in addition to SARS-CoV-1 and SARS-CoV-2, many of which are suspected of employing ACE2 as a receptor. For the binding study, the study cloned artificial RBD genes into the yeast display format. Also, the genetically different RBD were added from the human coronavirus NL63, an Alpha-CoV that has been demonstrated to enter cells via ACE2. Flow cytometry was used to analyze the binding affinities of yeast-displayed RBD to CDY14HL-Fc1.

First-generation vaccinations and the majority of monoclonal antibodies created for therapeutic and passive prophylactic applications have lessened effectiveness due to this amount of mutation. Compared to the ancestral RBD, the decoy-bound yeast exhibited Omicron RBDs a minimum of four times more tightly.

Omicron BA.1 and BA.2 were more effectively neutralized by CDY14HL-Fc1 than by the ancestor strain. We expanded this strategy to cover six more variants, including Delta, Delta Plus, Kappa, Lambda, Mu, and Zeta. With IC50 values close to or less than the potency of the ancestral strain, Wuhan, against which it was designed, CDY14HL neutralized all SARS-CoV-2 strain pseudotypes examined. The CDY14HL decoy has a wide tolerance for CoV-2 strain development, showing almost no efficacy in the face of substantial viral spike remodeling under the evolutionary constraints of a multi-year worldwide pandemic, according to binding data and this variant neutralization data.

In decoy binding, several patterns were observed. In the yeast display test, sarboviruses from clades 1a and 1b bound CDY14HL with sub-nanomolar affinities. RaTG13 has poorer binding to human ACE2 as compared to that to other members of the lineage, according to current research. This behavior shows a close connection between the natural human ACE2 receptor and the decoy’s affinity. Our suspicion that these clade 2 and 3 RBDs were unable to bind human ACE2 was validated in the yeast display system employing a soluble wild-type human ACE2-Fc1 fusion protein at a concentration of 100 nM.

The study findings demonstrated that all the SARS-CoV-2 variants examined, including Delta, Delta Plus, Omicron BA.1, and Omicron BA.2, retained broad neutralizing ability against the affinity-matured decoy. These findings emphasize a key distinction between receptor-based decoy molecules and other biologic viral spike inhibitors: unlike monoclonal antibodies, decoy binding of a variation is intimately linked to receptor binding and, consequently, to viral fitness through evolution.