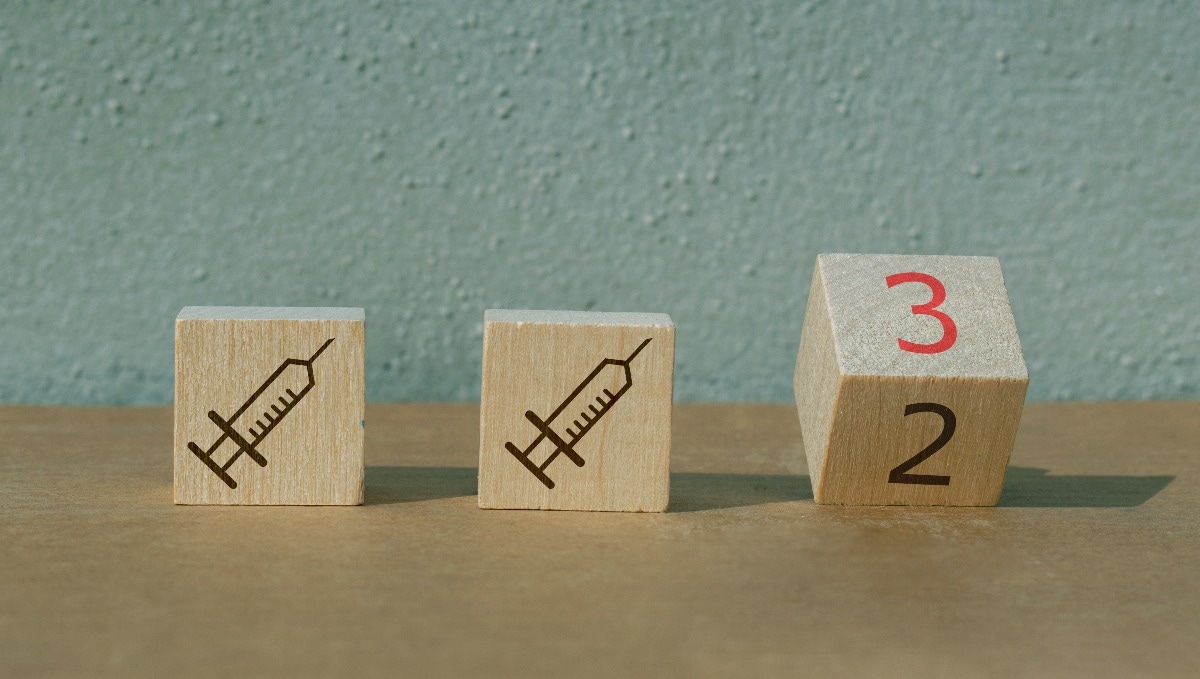 In a recent study posted to the medRxiv* preprint server, researchers predicted the efficacy of coronavirus disease 2019 (COVID-19) vaccine boosters.

Severe acute respiratory syndrome coronavirus 2 (SARS-CoV-2) vaccination provides efficient protection against symptomatic and severe COVID-19. However, the emergence of novel variants like the SARS-CoV-2 Omicron variant and its subvariants has adversely impacted the effectiveness of the currently used vaccination regimes, which were derived from the SARS-CoV-2 ancestral variant.

Furthermore, the level of boosting observed was considerably higher for the homologous strains. However, no significant difference was found between the impact of monovalent and bivalent vaccines. Interestingly, the team noted that for a population that was either previously vaccinated or infected with SARS-CoV-2 and had 50% protection against contracting a symptomatic infection, an ancestral-based booster vaccine that resulted in an 11-fold increase in neutralizing antibody titers could lead to an increase from 50% to 86% in average protection against symptomatic infection over six months.

On the other hand, a variant-modified booster vaccine that showed a 1.5-fold increase in neutralizing antibody titers could lead to average protection of 90.2%.

The present study demonstrated a method that predicted the relative effectiveness associated with different formulations of COVID-19 booster vaccines, taking into account the comparative increase in neutralization titers and the variation in antibody titers against different SARS-CoV-2 variants. The study findings indicated that variant-modified booster vaccines could result in significantly higher neutralization titers against prevalent and ancestral SARS-CoV-2 variants compared to ancestral-based boosters.