Notice: Undefined variable: q in /home/hc4jugw21joy/public_html/longevity/wp-includes/cron.php on line 546
 Researchers present their viewpoint on the link between EBV infections and the development of MS based on a previous study – Fucoidanlongevity
Skip to content 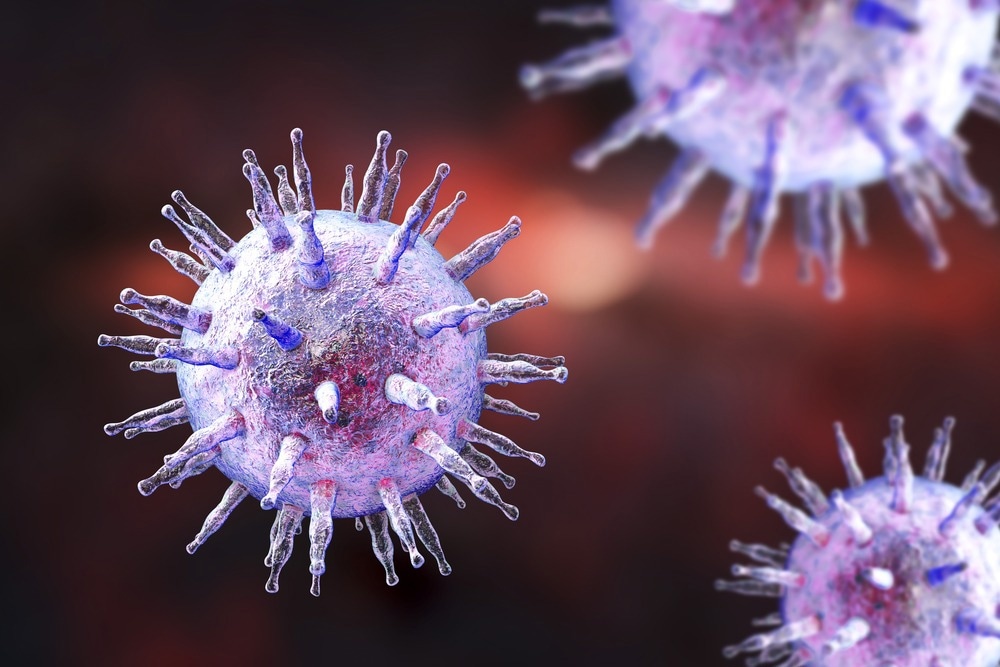 In a recent review published in the Journal of Clinical Investigation, researchers presented their viewpoint on the link between Epstein-Barr virus (EBV) infections and the development of multiple sclerosis (MS) based on a previous study conducted by Bjornevik et al. published in Science.

The previous study reported an increased risk of MS among EBV-infected active-duty military personnel, underpinning the need for EBV vaccinations for soldiers. The authors have opinionated on whether such vaccinations are necessary for military personnel and if lived experiences and biosocial factors [such as anxiety, stress, loneliness, depression, and post-traumatic stress disorder (PTSD)] may impact the association between EBV and MS based on previous research findings.

In the present review, researchers provided their opinions on the probable association between EBV and MS based on a previous study.

A previous study reported a 24-fold higher likelihood of MS among EBV-infected individuals compared to EBV-uninfected individuals, underpinning the need for EBV vaccinations for MS prevention. However, the study authors mentioned pitfalls such as incomplete analysis and data misrepresentation in the study.

The study comprised >10 million adults and was based on a human immunodeficiency virus (HIV) screening program conducted by the United States (US) defense department between 1993 and 2013 in which sera of active-duty military members were obtained on military admission and biennially. In the study, sera were obtained from MS patients (cases, n=801) and controls (n=1566) matched for age, sex, ethnicity, service branch, and date of sample data collection to assess antibody titers among military cadets against EBV, herpes simplex virus 1 (HSV-1), and HHV-6 (human herpesvirus 6).

The case individuals either showed EBV-positive at military admission (group A) or EBV seropositivity during active-military service post-military admission (group B). The odds ratios (OR) for MS development for group A and group B individuals were 1.6 and 25.6, respectively, indicating a significantly greater risk of MS development post-EBV seroconversion.

The authors have suggested that several biosocial factors based on exposures, behaviors (particularly work-imposed), PTSD, and emotions resulting from social relationships must be considered to explain the study findings. Stress and anxiety during active military combat and the loss of friends and/or colleagues during military service could impact an individual’s risk of MS development.

The authors have stated that the study was suited well for serological analysis; however, more quantitative analyses are required to gain further insights into the link between EBV, and MS.  The US defense department data could be consolidated with the comprehensive data maintained by the military force on active-service personnel and the determination of the infection timing post-seroconversion could aid in the identification of potential windows of differential vulnerability.

Further, the allostatic load (a physiologic measurement of the collective stress burden on the human body) could be evaluated using several biomedical markers for modeling MS development risk post-EBV seroconversion based on biosocial analysis. The authors have cautioned against the administration of EBV vaccines for MS prevention since the complete realm of biographical and biological triggers of MS need to be ascertained, although EBV infections have been associated with the development of MS.

To conclude, the authors have indicated that several biological and biosocial factors may be associated with the development of MS post-EBV seroconversion that must be explored in future studies to establish the pathogenesis of MS among EBV-infected active-duty military personnel. They believe EBV vaccinations may not be required to prevent MS among active-duty military personnel with a prior history of EBV infections.