Notice: Undefined variable: q in /home/hc4jugw21joy/public_html/longevity/wp-includes/cron.php on line 546
 The prevalence, genetic diversity, and evolution of SARS-CoV-2 in white-tailed deer in New York – Fucoidanlongevity
Skip to content 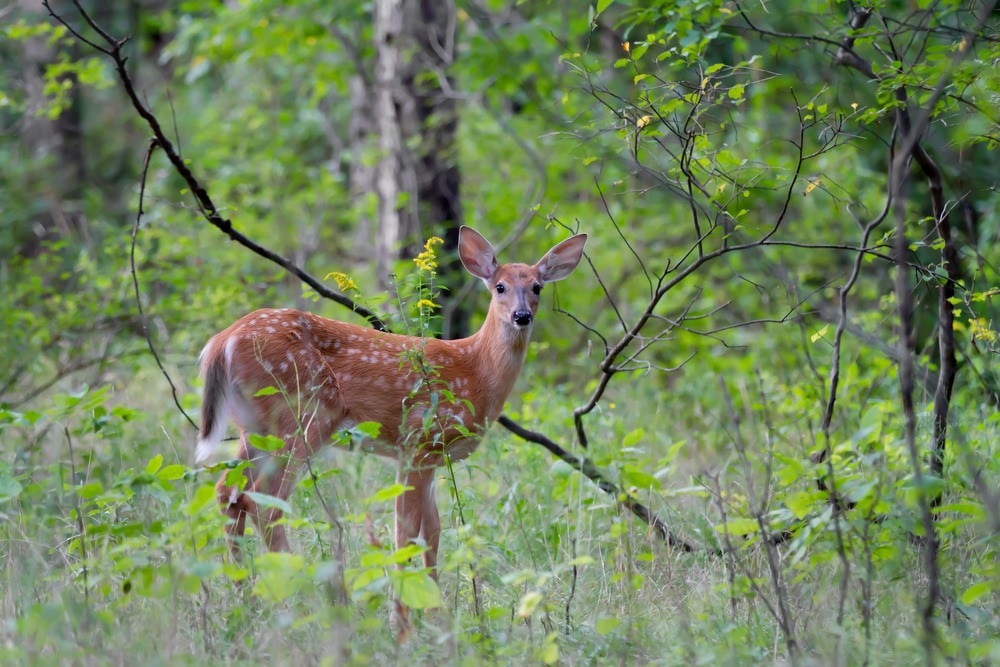 Studies have reported SARS-CoV-2 spillover from human beings into WTD and the capability of SARS-CoV-2 to transmit among deers, raising concerns about the role of WTD in SARS-CoV-2 ecology and epidemiology. Continued surveillance programs for monitoring SARS-CoV-2 dynamics in WTD and developing measures to curtail SARS-CoV-2 transmission between animals and humans are required.

Retropharyngeal lymph node (RPLN, n=5462) specimens were obtained from WTD under the NY State’s chronic wasting disease (CWD) surveillance program for two seasons of hunting. The first season was between September and December 2020, and the second season was during the same period of the consecutive year.

In total, 2700 and 2762 specimens were obtained from the first and second seasons, respectively, and subjected to real-time reverse transcription-polymerase chain reaction (RT-PCR) analysis to detect the presence of SARS-CoV-2 ribonucleic acid (RNA) and obtain the cycle threshold (Ct) values for viral load assessment.

Specimens were obtained from 57 NY counties and subjected to spatial cluster analysis to identify hotspots of SARS-CoV-2 infections. In addition, the distribution of SARS-CoV-2-positive cases by age and sex of WTD was investigated. The age and sex of WTD from both seasons and categorized as fawns aged < 1.5 years, yearlings aged 1.5 to 2.5 years, and adults aged equal to or above 2.5 years.

SARS-CoV-2 RNA loads varied marginally between the two seasons, with average Ct values of 29.8 and 30.8 for the first and second seasons, respectively. However, there were no statistically significant differences in the Ct values for the two hunting seasons. In the virus isolation experiments, infectious SARS-CoV-2 was detected among seven specimens obtained in the second season.

A 35-fold increase in SARS-CoV-2 prevalence in one year i.e., by 2021, with a broad SARS-CoV-2 circulation among WTD in NY. The number of SARS-CoV-2-positive male WTD was higher than female WTD by two-fold to three-fold across ages [odds ratio (OR) = 1.95], with higher odds of adult males being SARS-CoV-2 positive than male yearlings (OR = 1.9).

In the first and second seasons, SARS-CoV-2-positive samples were identified from 10 and 48 NY counties, respectively, and 19 spatial clusters (C1 to C19) denoting seven hotspots of SARS-CoV-2 infections among WTD [relative risk (RR) >1.8)]. Most of the hotspots overlapped with geographical regions with the greatest deer population densities and the highest rates of deer harvesting in NY.

Most of the clusters (C2,7, 13, and 18) were located in NY’s South Tier region, of which cluster 2 comprised the Allegany and Cattaraugus counties (RR = 2.7) and all Gamma VOC sequences, whereas C7, C13, and C18 involved a single county each, with RR values of 2.6, 2.9 and 2.7, respectively. C7 and C18 mainly comprised the Alpha and Delta VOCs, respectively. Cluster 1 was the largest in the analysis comprising the Ulster, Sullivan, and Orange counties of Hudson Valley.

WGS analysis showed the concomitant circulation of three main SARS-CoV-2 variants of concern (VOCs), i.e., Alpha, Gamma, and Delta, in WTD in 2021. The closest phylogenetic relationship (with a monophyletic cluster) was observed for the Gamma VOC sequences with 99.9% nucleotide similarity, whereas Alpha and Delta formed several small clusters.

Overall, the study findings showed that WTD (Odocoileus virginianus) could be a potential reservoir for nearly extinct SARS-CoV-2 VOCs.