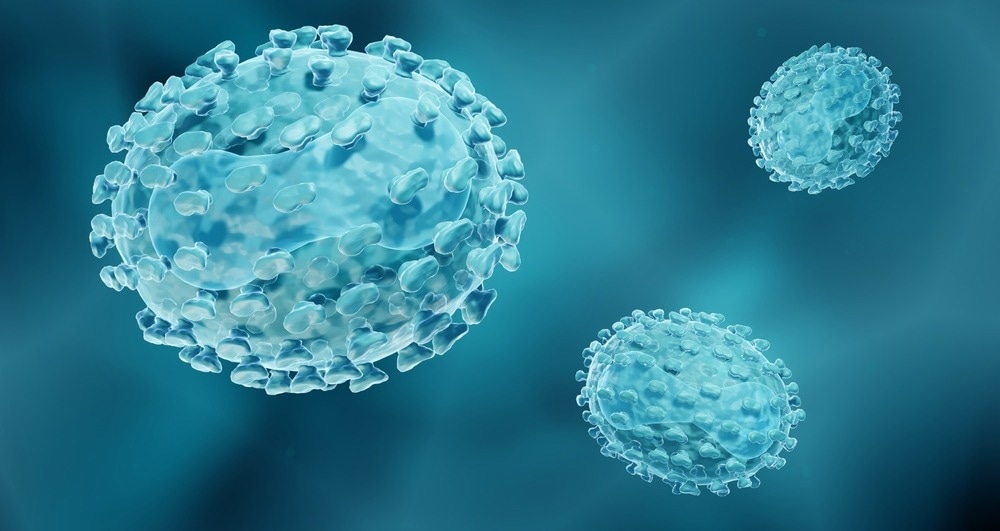 In a recent review article published in Venereology, scientists have described the epidemiology, transmission, clinical features, diagnosis, treatment, and preventive strategies of monkeypox infection among humans.

Monkeypox, a zoonotic virus belonging to the Poxviridae family and the Orthopoxvirus genus, was first detected in humans in 1970. The smallpox virus, declared eradicated in 1980, also belonged to the same viral family as the monkeypox virus.

Monkeypox was initially endemic to central and west Africa, with some travel-related transmission reported in some non-endemic countries. However, since May 2022, several outbreaks have been documented in more than 90 countries worldwide, highlighting the involvement of human-to-human transmission at the community level.

Considering the recent uprise in cases, the World Health Organization (WHO) has declared monkeypox a public health emergency of international concern. Since most recent cases have been detected in a particular community of men who have sex with men (MSM), monkeypox is currently considered a sexually-transmitted infection.

Monkeypox is a double-stranded DNA virus, and its genome is composed of 190 large non-overlapping open reading frames (ORFs) and structural proteins. The viral host cell entry process is initiated by the fusion of viral glycoproteins with host cell membrane glycosaminoglycans.

Although it belongs to the same genus, smallpox is more clinically aggressive than monkeypox. In earlier outbreaks, monkeypox has shown less potent human-to-human transmission than smallpox. Certain gene mutations related to interferon sensitivity might be responsible for lower transmission dynamics. Similarly, the less severe clinical outcome of monkeypox infection might be because of an interleukin (IL)-1β-binding protein. The absence of this protein has been found to correlate with significant pathogenicity and fever in smallpox infection.

Around 50,000 cases of monkeypox infection and 15 deaths have been documented in 99 countries between January and August 2022. The most affected countries are the US, Spain, the UK, Germany, France, Brazil, Netherlands, Canada, Portugal, and Italy.

About 95% of the recent infections have been detected in MSM and bisexual men. Another common finding among monkeypox-infected individuals is a positive status for human immunodeficiency virus (HIV).

The US Centers for Disease Control and Prevention (CDC) has set certain epidemiological criteria for monkeypox infection, which primarily focus on close contact with infected individuals, travel history to countries with recent outbreaks, and close proximity with infected animals.

Regarding vertical transmission, previous studies have indicated that the virus can adversely affect pregnancy, including congenital infection and severe maternal and fetal morbidity and mortality.

Monkeypox is mostly a self-limiting infection, with symptoms lasting for 2 – 4 weeks. However, severe infections may occasionally occur, especially among children and immunocompromised patients.

Several factors can influence the outcomes of monkeypox infection, including age, comorbidities, immune system efficiency, the severity of illness, and cross-protection from smallpox vaccination.

No antiviral medications are currently available to specifically target monkeypox. However, some repurposed medicines previously targeting smallpox infection are currently being used against monkeypox. These medicines include tecovirimat and brincidofovir.

According to the US CDC, repurposed antiviral medicines are advised for high-risk patients and those with severe infection or aberrant infection in atypical locations.

The best preventive measure is to avoid close contact with people who have monkeypox-like skin lesions. It is also vital not to share utensils, bedding, and other stuff with infected people. Healthcare personnel caring for infected patients should wear appropriate personal protective equipment.

Vaccines developed against smallpox are known to provide some level of cross-protection against monkeypox. Two FDA-approved smallpox vaccines, JYNNEOS and ACAM2000, can be used to control the outbreaks of monkeypox infection. JYNNEOS contains a replication-incompetent live Vaccinia virus and, thus, is safe to use in people with HIV infection. However, ACAM2000 contains a replication-competent live vaccinia virus, which restricts its application to certain people.

Two types of vaccination regimens have been proposed by the WHO and US CDC. Post-exposure prophylaxis aims at preventing disease progression by immunizing people four days after monkeypox exposure. In contrast, pre-exposure prophylaxis is recommended for high-risk people.