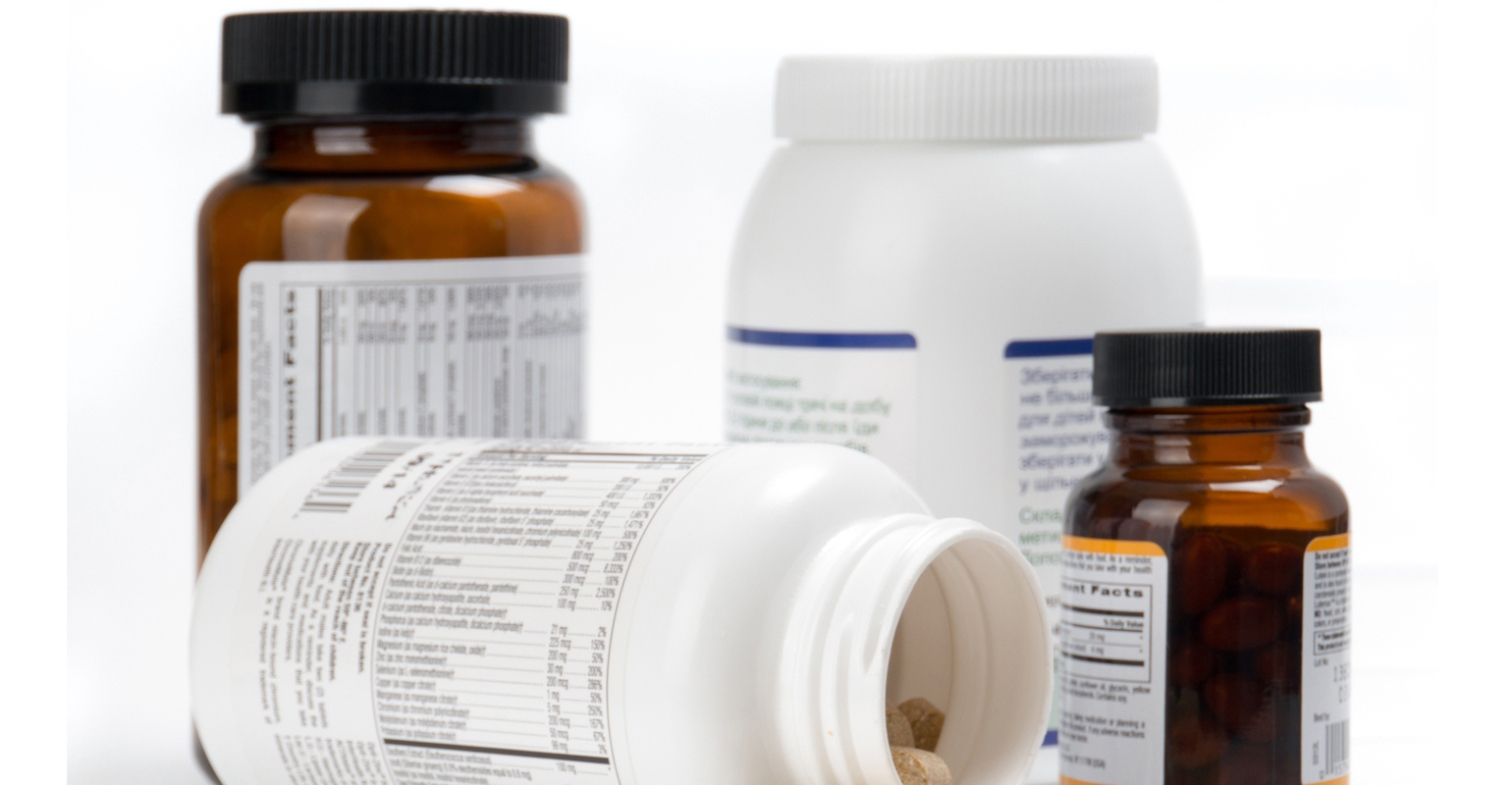 The current programs, which authorize FDA to collect user fees from pharmaceutical companies and other FDA-regulated firms (though not dietary supplement companies), expire on Sept. 30.

Bloomberg Law reported Friday that FDA could have to lay off thousands of employees if an agreement is not reached by Sept. 30. Senate health committee leaders said they are trying to add user-fee reauthorization language to a continuing resolution that would continue to fund the government, the media report added.

A dietary supplement bill introduced in April by Durbin and Sen. Mike Braun (R-Ind.) was basically incorporated in FDA user-fee legislation that the Senate Committee on Health, Education, Labor and Pensions—also known as the HELP Committee—passed in June. The FDA Safety and Landmark Advancements Act includes a requirement that dietary supplement products be listed with the FDA, as well as other provisions affecting the industry.

A separate user-fee bill passed by the House of Representatives includes no dietary supplement provisions.

In an email this summer to staff, FDA Commissioner Dr. Robert Califf warned delayed reauthorization of user fees “would place important public health efforts at risk, including our ability to ensure access to updated COVID-19 vaccines and therapeutics, confront other emerging diseases, monitor the safety of marketed products, ensure the safety of patients enrolled in clinical trials and review applications for treatments for life-threatening diseases with unmet medical needs, including a large number of submissions for cellular and gene therapies and other rare disease therapies.”

Without timely reauthorization, the FDA’s user-fee program for the Prescription Drug User Fee Act would run out after five weeks in the next fiscal year, which begins Oct. 1, Califf suggested.

Durbin: Mandatory product listing of supplements ‘may be lost in the sauce’

On the Senate floor Thursday, Durbin expressed his gratitude to the Senate HELP Committee—including its chair Sen. Patty Murray (D-Wash.)—for including his dietary supplement proposal in the user-fee legislation.

“But I fear this commonsense proposal may be lost in the sauce in the closing days of this fiscal year,” Durbin, the Senate majority whip, said. “Many people are surprised to learn that today dietary supplement companies are not even required to register their products with the FDA.”

Furthermore, supplement companies are not required to disclose to the  FDA the ingredients in their products, he said.

“If you’re going to put a product on the shelf in America, most Americans walking into that drug store or that vitamin shop believe that there’s been some government review of the product, some inspection, some standards,” Durbin added. “Not the case. When it comes to prescription drugs, they have to be proven to be safe and effective. Not so for dietary supplements. These products can hit the shelves and make outrageous claims and not be regulated in any way like prescription drugs.”

Durbin said his bill would require companies to register their dietary supplements and ingredients with FDA.

“So if something goes wrong and people start getting sick, we at least have the most basic information to protect Americans,” he added.

In his speech, Durbin also blasted the FDA for failing to meet a court order and protect Americans from e-cigarettes.

“As a result of FDA’s inaction, dangerous, kid-friendly e-cigarettes remain available on store shelves without FDA review or authorization,” he said. “The cops are not on the beat.”

Stakeholders who favor of the proposal argue it will increase transparency and help FDA more effectively police the market. They also have predicted brick-and-mortar retailers will function as gatekeepers to ensure non-registered products—including those marketed as supplements but adulterated with pharmaceutical drugs—are not sold on store shelves.

Critics of the mandatory listing proposal have maintained it will burden manufacturers and is unnecessary, since the FDA has access today to product labels through its inspections of manufacturing facilities, websites and a database maintained by the National Institutes of Health.

Those opponents also have said a listing requirement will not stop criminals peddling adulterated or misbranded “dietary supplements” from continuing to break the law. They have called for the FDA to vigorously enforce the laws and regulations already on the books. 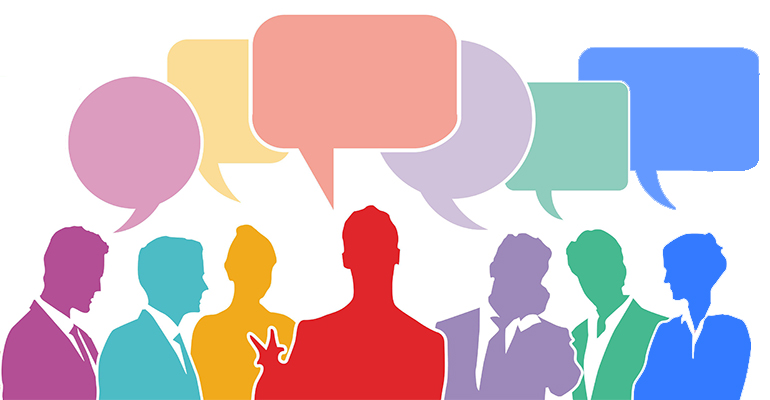 Peter Reinecke and Patricia Knight, senior political advisors to the United Natural Products Alliance (UNPA), said they have been advised by sources on Capitol Hill that a continuing resolution is expected to pass by Sept. 30, but it likely won’t include dietary supplement provisions.

“The FDA user fee reauthorization language is expected to be included in the CR as a five-year extension of FDA programs, with a few non-contentious provisions (such as new requirements for accelerated approval of prescription drugs),” Reinecke and Knight wrote in a memo to UNPA members. “Knowledgeable Hill staff tell us it is extremely unlikely either the MPL or other supplement provisions will be included because they lack sufficient support as approved by the Senate HELP Committee.”

Natural Products Association President and CEO Dan Fabricant, whose organization has been vigorously opposed to mandatory product listing, said the negotiations on Capitol Hill are not reason to cheer.

“No one’s taking a victory lap because I think [Sen.] Durbin clearly announced yesterday he’s not stopping, so I think people should be prepared for that.”

Responding to Durbin’s remarks that supplements are not regulated like drugs, Fabricant said, “We’re not supposed to be.”

Fabricant, who oversaw the dietary supplements program division at the FDA during the Obama administration, said he is unaware of the specific harm Durbin is seeking to address by imposing a mandatory product listing regime, and he mentioned pharmaceuticals don’t have the safest track record.

Fabricant questioned the Senate’s focus on mandatory product listing while other pressing issues remain unresolved. He referred to the continued absence of the FDA’s regulating hemp-based CBD and ensuring FDA inspects more manufacturing facilities, consistent with its activities before COVID-19 emerged in 2020. Fabricant also mentioned the industry is “under siege” by state legislators who have introduced—and in some cases passed—legislation to impose age restrictions on dietary supplement products.

He suggested earnest discussions on reforms to dietary supplement products cannot begin until critics move beyond conclusions that industry is “unregulated” or “under-regulated.”

Steve Mister, president and CEO of the Council for Responsible Nutrition (CRN), which generally supports the concept of mandatory product listing, also anticipates dietary supplement provisions will not be included in a continuing resolution to fund the government.

“If that happens, that’s going to be disappointing but not unexpected because there are much bigger forces going on right now to get the CR passed than anything having to do with dietary supplements, and we are just the tail of the dog,” he said in an interview. “But that doesn’t mean that it’s over in this Congress.”

He cited discussions over possibly incorporating mandatory listing provisions in an omnibus bill following the elections in November.

While CRN is not pleased with all the language in the standalone bill introduced by Durbin or in the Safety and Landmark Advancements Act passed by the Senate HELP Committee, those concerns can be addressed through amendments that his trade organization has offered, he said.

“And if those amendments were added to the bill, we think we have a viable mandatory product listing piece of legislation that the industry could live with,” Mister said.

Asked to comment on Durbin’s remarks about the dietary supplement industry on the Senate floor, Mister responded, “A lot of politics is theater, and we know that. That’s how things happen in Washington. This industry is not necessarily the primary audience for Senator Durbin’s comments on the floor yesterday. He is trying to keep his constituents and his stakeholders at the table and pushing forward on keeping mandatory listing either in this bill or creating a pathway for it” in an omnibus bill.

“Do I love the things that he says about the industry? No. I think that most of them, though, are factually correct if you look at what he said,” Mister added. As an example, Durbin referenced surveys showing that most consumers believe dietary supplements are subject to government review before they are marketed. And Mister said supplements “are regulated very differently from prescription drugs.”

“We would say that’s a good thing, and that [supplements] should be regulated differently because they’re not drugs,” Mister said. “But there’s not a lot that’s factually wrong with what [Sen. Durbin] says, and we understand that he is saying it because he is trying to keep his constituents at the table for making the case that they shouldn’t just walk away.”

“There are several inaccuracies in Sen. Durbin’s floor statement and it’s hard to believe that he doesn’t know this,” McGuffin said in an interview. Responding to Durbin’s statement that dietary supplements aren’t subject to inspections and standards, McGuffin pointed to FDA inspections of dietary supplement facilities to ensure products are made to quality standards based on cGMP (current good manufacturing practices) regulations in 21 C.F.R. 111.

Those regulations mean companies have met “the standards or specifications established under that rule, and Sen. Durbin knows that,” McGuffin said.

He also disagreed with Durbin’s statement that supplements can “make outrageous claims.”

“We’re not allowed to make claims beyond the limited range of structure/function claims or health claims if qualified or if approved and they must be substantiated,” McGuffin said.

Commenting on Durbin’s statement that supplements are not regulated like drugs, McGuffin said dietary supplements’ cGMPs and adverse event reports to the FDA are modeled after current drug regulations. And he noted FDA has certain power over supplements that it doesn’t possess over prescription drugs: mandatory recall authority.

McGuffin further addressed Durbin’s statement that mandatory product listing would provide the FDA with basic information should consumers become sick from a supplement. He maintained the FDA has sufficient authority and access to information to protect consumers if there is a problem associated with dietary supplements.

“FDA already has resources to address these incredibly rare instances,” McGuffin said. He referenced a 2021 recall involving NutraCap Holdings for undeclared milk on the label.

“The recall announcement was specific to the lot number of the affected products,” McGuffin said. “FDA already has this authority and MPL wouldn’t require listing of lot numbers.”

McGuffin suggested Durbin’s remarks should be considered along with what he did not say.

“Sen. Durbin did not say dietary supplements should be regulated exactly the same way as drugs,” McGuffin added. “And I don’t think he believes this should be the case, and I’m certain that Americans would not support such a regulatory approach.”

While the AHPA opposes incorporating mandatory product listing in a user-fee bill, McGuffin said his organization will continue its outreach with Durbin’s office.

“We’ll try to encourage even more accurate messaging from our perspective,” he concluded.

McGuffin added later, “We need to have a more straightforward discussion of the topic.”

Marc Schloss, vice president of federal government affairs with the Consumer Healthcare Products Association, has advocated for broader reforms to the Dietary Supplement Health and Education Act of 1994 (DSHEA).

“The troubling situations highlighted in Senator Durbin’s speech yesterday only further speak to the need for increased enforcement of current law by the FDA and the Department of Justice, and the need for more comprehensive reform of dietary supplement regulation,” Schloss said in an email. “CHPA has continually reiterated its support for mandatory product listing, so long as it’s carried out as part of a comprehensive package of dietary supplement regulatory reforms that would not only provide FDA with the tools it needs to stop criminals but would further improve FDA’s ability to regulate the rapidly growing dietary supplement industry through new tools, including mandatory product listing, increased cGMP inspections and remote regulatory assessments.

“Unfortunately, that’s not what’s currently being contemplated by Congress in the user-fee conversations,” Schloss added. “As the House and Senate confer on FDA user fee reauthorizations, the need to balance consumer access to safe and beneficial dietary supplements with FDA’s ability to swiftly remove dangerous and illegal products from the marketplace should be recognized to ensure that any agreed-to reforms are meaningful and not reform in name only.”