Notice: Undefined variable: q in /home/hc4jugw21joy/public_html/longevity/wp-includes/cron.php on line 546
 What role does cross-reactive immunity play in the spread of a novel SARS-CoV-2 variant? – Fucoidanlongevity
Skip to content 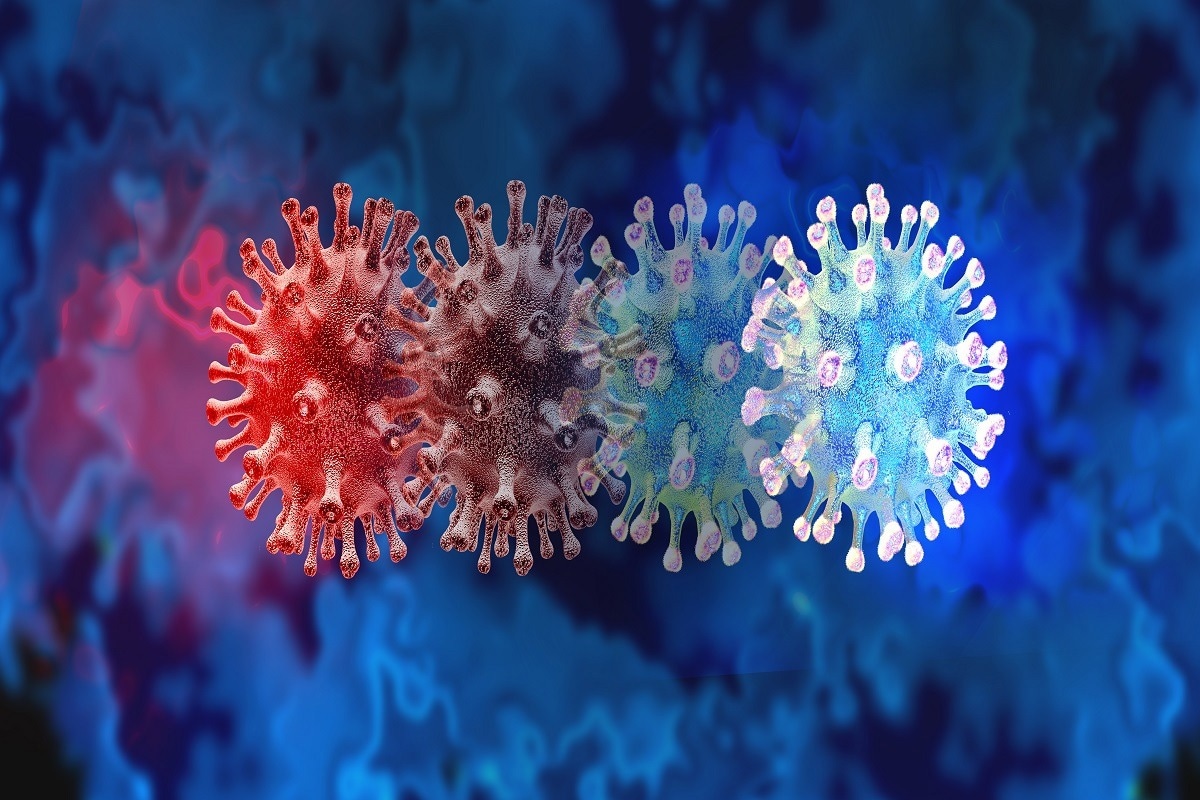 In a recent study posted to the medRxiv* preprint server, researchers used mathematical modeling to examine the effect of cross-reactive immunity from previous infections on an emerging severe acute respiratory syndrome coronavirus 2 (SARS-CoV-2) variant and explored the probability of the novel variant causing widespread infection or fading out.

Two factors determine whether an emergent SARS-CoV-2 variant can cause widespread infection in a population — introduction and invasion. A de novo mutation or a dispersal from another area introduces the variant into the host population. The variant must then infect many individuals to get established in a population, which is known as an invasion.

Apart from increased transmissibility, one of the factors that influence the invasion risk of a new variant is the level of background immunity generated due to infections from previous variants. Mathematical models have been used during the coronavirus disease 2019 (COVID-19) pandemic to estimate the transmissibility and infectiousness of emergent variants such as Alpha, Beta, and Gamma, and to project the course of the outbreak of new, highly transmissible variants.

Recent studies have demonstrated that humoral immunity derived from a combination of vaccines and previous infections is more successful in protecting against emerging SARS-CoV-2 variants. There have also been conflicting results from other studies showing that immunity from previous infections is associated with increased severity during subsequent infections.

A simple mathematical model with the viral infectious period following an exponential distribution was used in this study. Cross-reactive immunity levels were also assumed to be fixed for previously infected individuals. The authors believe that, in reality, epidemiological periods follow a gamma distribution, and cross-reactive immunity is heterogenous in a population. They aim to incorporate these factors in a more complex mathematical model in a future study.

On the other hand, even novel variants with low transmissibility can invade a population if prior infections promote subsequent infections. The authors mention a few experimental studies demonstrating these detrimental effects of previous infections.

To summarize, the study used mathematical modeling to understand the effects of cross-reactive immunity derived from infection from a previous antigenically related variant on the invasion of the host population by a novel SARS-CoV-2 variant.

The study highlights the importance of assessing cross-reactive immunity in ensuring that the emerging SARS-CoV-2 variants do not cause widespread and severe outbreaks of COVID-19.