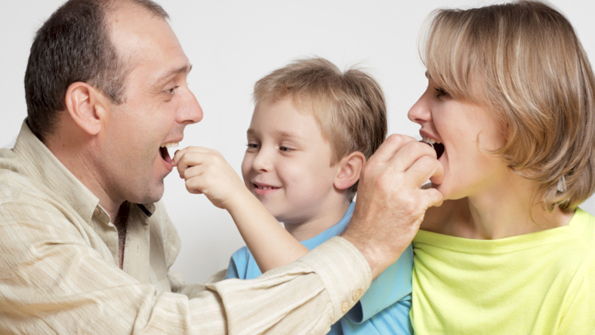 Supplements are the bread-and-butter of natural products retailers, and multivitamins stand atop the list of consumer favorites. Multis practically sell themselves, as they fill nutrient gaps and provide a foundation of nutritional wellness. Yet, there’s still an opportunity for education coming from specific formulations, number of capsules per serving and whether gummies can really pack all that into them.

A new study, the Cocoa Supplement and Multivitamin Outcomes Study for the Mind (COSMOS-Mind), gives retailers something more eye-popping to talk about. The three-year study showed that participants taking a multivitamin supplement appeared to have slowed cognitive aging by a whopping 1.8 years or 60% compared with those taking a placebo.

“The COSMOS-Mind study provides evidence that daily multivitamin consumption may benefit cognitive function in older men and women,” said Andrea Wong, Ph.D., senior vice president for scientific and regulatory affairs for the Council for Responsible Nutrition trade group. “This adds to the body of evidence showing promise for various roles of multivitamins in health.”

Haleon, a Pfizer-owned rebrand, provided a standard drugstore brand of multivitamin for the study.

The COSMOS-Mind study—funded by the National Institute on Aging, part of the National Institutes of Health, and published in Alzheimer & Dementia Journal—was an ancillary study to the COSMOS trial led by Brigham and Women’s Hospital. The study, which involved randomized 21,442 men and women across the United States, investigated whether taking a daily cocoa extract supplement or a daily multivitamin-mineral supplement for three years would reduce the risk of developing heart disease, stroke, cancer or affect other health outcomes.

“Identifying a safe, affordable and accessible intervention to protect cognitive function against decline in older adults is a pressing public health priority,” said the researchers, based at Wake Forest University School of Medicine in North Carolina. “Cognition significantly benefited from three years of daily multivitamin-mineral use.”

Results suggested the benefits were more pronounced among older adults with cardiovascular disease, whose baseline cognition was lower compared to those without pre-existing cardio issues. This is important because cardio patients are already at increased risk for cognitive impairment and decline. Cardio patients, the researchers noted, have greater incidence of deficiencies of vitamin C, D and K and selenium, plus studies show that certain pharmaceutical medications can reduce vitamin B12 absorption and bioavailability.

“The promising results of this clinical trial provides first-time evidence that dietary supplementation can be effective in helping older consumers protect and improve cognition,” said Duffy MacKay, vice president of dietary supplements at the Consumer Healthcare Products Association (CHPA) a trade group representing makers of OTCs and supplements. “While there is no proven prevention or treatment for cognitive decline, we know that science grows in increments, and this study is one step toward reinforcing the beneficial role of a safe, accessible and affordable dietary supplement that can be used to optimize health through self-care.”

Other studies back up these results. For example, the Physicians’ Health Study II, a large-scale clinical trial, showed an 8% reduction in overall cancer risk as well as a significant decrease in cataract risk in older male physicians—presumably among the most well-nourished of all population groups—who took a daily multivitamin.

Diets first, but supplements are necessary

The Scientific Report of the Dietary Guidelines Advisory Committee—which informs the United States Departments of Agriculture and Health and Human Services’ development of the 2020-25 dietary guidelines for Americans—noted that Americans do not consume enough vitamins A, C, D, E, and K, calcium, magnesium, dietary fiber, choline and potassium.

A wholesome diet rich in vegetables, fruits, nuts, seeds, beans, dairy, eggs, seafood and grass-fed meat, along with some iodized salt, can provide all the nutrients you need, with the possible exception of vitamin D, according to Dr. Tieraona Low Dog, M.D., author of Fortify Your Life: Your Guide to Vitamins, Minerals and More (National Geographic, 2016).

“But having cared for many people over the years, I can honestly say that this just isn’t the way most Americans eat,” Low Dog wrote in her book. “That is why I believe many people would benefit from taking a basic multivitamin-mineral supplement, particularly women who could become or are pregnant or nursing; children under the age of 5, especially if they are picky eaters, or picky eaters of any age, for that matter; vegetarians/vegans; those over the age of 50, and people who have certain medical conditions or are taking prescription medications.”

Retailers would be wise to counsel solutions for optimizing health that even go beyond diet and supplementation. Yes, several studies have shown that fruits and vegetables are now lower in nutrients than in previous years due to soil depletion and the differences in plant breeding. Certainly a daily supplement regimen can help. And SPINS last year reported that sales of supplements that contain superfoods are up 147%; those labeled vegan are up 30%, labeled non-GMO are up 22% and labeled gluten-free are up 15%. All increased at a faster rate than the supplements industry overall last year. But there’s more.

“Focus on the whole package: nutrition, the right supplements, exercise and sleep,” said Nayan Patel, a doctor of pharmacy, adjunct faculty at University of Southern California School of Pharmacy and founder of Auro Wellness, which provides glutathione and other supplements. “Together, these four components can help your body fight the oxidative stress that wants to deplete our energy and health every day.”